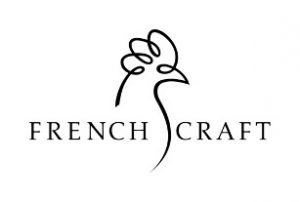 French Craft Guild is an amazing network that promotes craftsmanship from France, of course.  Magali Lancien, General Delegate of French Craft Guild, portrays Isabelle Fringuet-Paturle, founder of LUCE. Discover about her love for crafts from around the world.

«A piece of precious humanity, a fragile thread stretched through time»

Journalist, DJ, business manager, amateur photographer, tireless hunter… Isabelle Fringuet is hard to classify. This is exactly what we love, at the French Craft, and unsurprisingly this «nimoise» of heart cultivates her artisanal garden by supporting skills that are as beautiful as they are amazing. Meeting with a craft-angel who tries with great humility to support the families of craftsmen with her LUCE Shop site.

FGC. Your career is rich in adventures, and a priori rather far from Craft … how did you meet craftsmanship?

I.F. Ouuuh! It’s been a long time ago… We have to go back to my childhood in Algeria and peregrinations in the country. I remember “domestic” pottery underlined with Berber patterns, inspired by tattoos women wear on their faces and on their hands. I remember these nuns in a convent located in the depths of Kabylia

who marketed the basketry work of the women of the village.
My interest, in the sense of the attention I paid to it, most certainly developed from there.
I have never visited a country, and I have had the chance to visit quite a few, without systematically looking for local handicrafts …

FCG. What type of crafts are you mainly looking for?

I.F. Everything interests me. Pottery, weaving, basketwork , broidery… My interest is precisely in their utilitarian and essential aspects. On their perennial, even eternal character. In my opinion, they represent an echo of the ever-present past,

a precious piece of humanity, a fragile thread stretched through time. They also and above all embody the craftsmen and women who make them, modeled with patience, a know-how and a mastery that inspires respect.

I.F. Yes and no. For me, it’s intertwined. These objects are used in everyday life for cooking, serving dishes, steaming semolina or meat under burning ashes; to cover dirt floors, to dress a child, to amuse the little ones or to honor ancestors or deities. They are also now diverted from these early uses to become a source of income essential to the survival of entire families … for our greatest pleasure,

or my greatest emotion. I have quite a few of these objects in my house, scattered all over the place, they make me smile every time I see them.
Needless to say, I find there what no « other » product gives me, except in the paintings that I glean here and there … Often on trips as well.
Art-craftsmanship, I definitely find it hard to tell the difference

FCG. Maybe because it’s the same to you?

I.F. I just went to check the definition of one and the other… Concerning art, it would be « human works intended to touch the senses and emotions of the public », concerning craftsmanship, that would concern « the production or transformation of products thanks to know-how outside a mass industrial context

and in general by a craftsman who would ensure their production and marketing ». In short, as we could say, the answer and in the question! Handicrafts, even mass-produced items, cause emotion and, always in my opinion, the difference between the two is the uniqueness of one and the sometimes multiple of the other …

FCG. Could it also be the art of living? Or a culture? A philosophy?

I.F. Can you repeat the question?! What to say, what to say… Arts of living, cultures, and timeless know-how that survive against all odds… Yes, a certain philosophy. What comes to mind most immediately, anyway, is joy. Their beautiful joy, their great humility

And their true happiness in making them, in making them “well”, in praising their qualities, their finishes. We come back to philosophy there, don’t we? A certain philosophy of life, simple and joyful, despite many difficulties …

FCG. Because this know-how is threatened with disappearing?

I.F. I am old enough today to see how things are going … What we call globalization is a real danger to the survival of these artisans. The so-called traditional models of life that they convey tend to fade away in favor of other professions, other easier activities, sometimes

more lucrative or simply more respected, unfortunately. But even today in an island like Bali, it is by learning to sew and embroider handicrafts – bags, dolls – that the mothers of Balimums spare their children from begging in the streets …

FCG. Is this the central point of your commitment?

I.F. I will say “go for it! « And above all » do not look back « . Because there is in these professions an undeniable form of creation, freedom and autonomy. And so many opportunities for great encounters! But it’s a real life choice. A life that may seem more hazardous, more complicated,

but a real life. There, I think of my friend Anne-Céline, artist-craftswoman with many talents, returned to settle in her native Baie de Somme and who – even if it brings her less – has rediscovered all the meaning of her creation in an environment that is dear to her.

FCG. What would you say to someone who wants to make it their job?

I.F. Yes. Or quite simply because I admire their know-how, because this admiration motivates me to share their know-how … Because I met them and we became friends. Their disappearance would be a tragedy for me, but let’s keep in mind that the fall of one brings about the others. What all these crafts have in common is the way they are made:

« a la mano », and using tools that can be considered rudimentary. Abdulileh, the “Master of Babouches*”, partner of LUCE, works squatting on his tiny wooden stool with tools fashioned next to it by the carpenters and ironworkers of the souk.
It is a virtuous circle … which must absolutely be saved!

LUCE: the return of craft into fashion